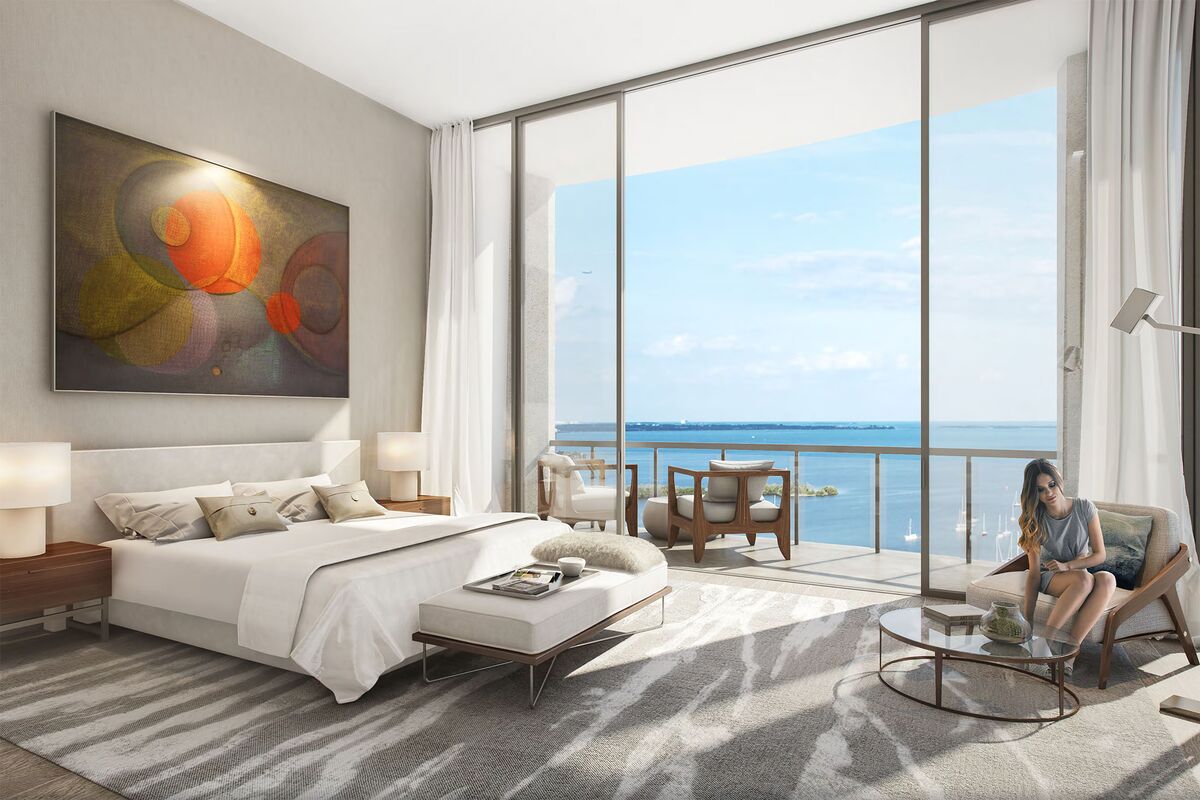 Some real estate amenities are eternal—a sweeping view across Central Park, for instance, or a doorman who knows your favorite driver. Others, though, might prove unexpectedly faddish: What seems like a must-have today could vanish in the developments of tomorrow. Here are four surprising staples of the luxury real estate market that insider experts predict could soon become obsolete.

The home theater market stateside stood at $1.4 billion in 2015, up more than 50 percent since the same period in 2010, per Cedia, a trade association for home technology companies. Of course, it’s no longer enough to install a supersize screen and digital projector: True cinephiles can build their own $1 million personal Imax theater and sign up for Prima Cinema, a Netflix-like service for the 1 percent that allows rentals of first-run movies at $500 a pop.

It could prove to a shortsighted investment, though, at least according to architect Duan Tran of KAA Design. “Our clients are requesting fully immersive, VR environments because they’re super-busy and want the highest forms of escapism,” Tran confides by phone from his office in Los Angeles.

One current project, commissioned by a man the architect calls “a real techie, who likes to geek out,” involved simply stripping down the erstwhile maid’s room in his home, turning it into a 20-foot-by-20-foot shell as the venue for his own personal Holodeck. “There, he can throw on a pair of VR goggles and immerse himself completely. Imagine taking a walk on the beach in the Bahamas, or a walk down to the Arc de Triomphe on Saturday afternoon before dinner.”

Tech advances have propelled this blue-sky idea into brick-and-mortar reality, such as the relatively affordable VR cubes and screens from such companies as Virtalis. Tran explains that changing building codes in overbuilt areas such as L.A. could also have an effect moving this forward. “They’re starting to restrict the size of houses, so when clients request bells and whistles—a 20-car garage, say—we need to be more efficient with space,” he says. “Right now, you might need to have 1,000 square feet dedicated to a home theater,” but in the future, “it could be a 6-foot-by-6-foot room for the same programming.”

Sprawling master suites were once the ultimate trophy asset in a luxury home, but recent developments have begun replacing the open-plan, loft-like rooms with a complex of private chambers, jigsawed together around a smaller, cozy space that’s home solely to a bed. Douglas Elliman’s Roy Kim points to Miami’s Rem Koolhas-designed Park Grove as an example. “You’ll see an antechamber, like a study, or a library, plus a large dressing area and a spa-like bathroom,” Kim says by phone from California. “You no longer want to walk unceremoniously into a master bedroom and see the bed—creating privacy is more important than ever.”

Jonah Disend, founder of innovation firm Redscout, explains further: “The concept of a master bedroom is becoming obsolete because we have a different relationship with sleep now—we don’t hang out in the bedroom the way we used to.” Disend notes that millennials are driving this shift. Their relationship with privacy is radically different from those of the generations preceding them—though digitally nonchalant, they’re prudish in person.

“Millennials don’t like to get naked—if you go to the gym now, everyone under 30 will put their underwear on under the towel, which is a massive cultural shift,” he continues. As gym designers are adapting, so are condo developers. “They want their own changing rooms and bathrooms, even in a couple.”

The same instinct is driving the renewed boom in so-called accessory apartments, typically a second, studio home purchased by wealthy couples in the same luxury development where they live, so that boomeranging 20-somethings can enjoy full privacy when moving back in with mom and dad.

Even when they live with peers, these new privacy preferences are changing the layout of apartments, according to Teresa Ruiz of SB Architects. “We’re seeing a shift in household formation, with a lot of co-habitation by renters,” she says by phone from her office in San Francisco. For one local developer, Avalon, Ruiz says the average age of a renter is 30 years old, with an average income of $300,000. “The private space they want may be smaller, but they want a larger unit as a whole, so we’re making two bedrooms with a den and an extra bathroom.” Translation: They’ll share a sofa but are squeamish if ever asked to split the sink.

According to the number-crunchers at McKinsey, ride-sharing and driverless cars will reduce the space allocated to parking vehicles by 25 percent come 2050, a reduction that represents more than 61 billion square feet of extra living room. And we’re already seeing buildings that anticipate this shift, says Joel Dixon of real estate startup Compass. For example, floor-to-ceiling heights in garages are increasing, to make it easier to convert parking spots to office or residential use at a later time. Likewise, footprints are shrinking so that every corner receives natural light—again, essential for adaptive reuse. Elsewhere, future-proofed buildings with flexible spaces that allow garages to be repurposed are already appearing.

“Parking floors aren’t angled with ramps as they used to be, either,” Joel adds, by phone from his office in New York. “Instead, they use speed bumps to slow traffic, which is also much easier to adapt for future reuse.”

L.A. was a pioneer of this shift, thanks to the Adaptive Reuse Ordinance of the 1990s. To encourage development of vacant commercial buildings into housing, these rules exempted buildings from onerous minimum parking requirements—and so prepped the luxury homes within for the shared-ride boom. In Miami, Herzog & de Meuron’s 1111 Lincoln Road fuses residential, office, retail, and parking in a single structure, the idea being that as zoning requirements evolve, autonomous vehicle use increases, and behavior patterns shift, the building would be able to react. Likewise, at Government Center in Boston, a 2,130-vehicle parking garage will be replaced by two 500-foot luxury towers—with only 600 spaces open to the public.

Of course, as garages shrink, one related amenity is expanding: With more vehicles lining up to wait or drop residents at home, a lavish driveway is more essential than ever.

According to Redscout’s Disend, elaborate, centerpiece kitchens, like master suites, are another amenity on the endangered list in high-end homes. In part, it’s because delivery services such as Blue Apron or Amazon Prime Now will minimize the need to store anything but the bare minimum at home, coupled with such new amenities as centralized cooking and catering within a development. Take Rafael Viñoly’s 432 Park Avenue, where Michelin-starred chef Shaun Hergatt will operate a residents-only restaurant, providing the ultimate in luxury takeout.

Disend also identifies the rise of 3D printing as fundamental to this change. “Soon—I’d expect [in] around two or three years’ time—you will be able to create specific housewares for a dinner party when you throw it,” he says, minimizing the need for storage; Disend himself has even invested directly in 3D printing startup Othr for exactly these reasons. If 3D printers for food ever pass the gimmick phase, future homeowners may be able to dispense with the cooking entirely.

And where would you put that printer? Well, an “appliance garage,” which Elliman’s Kim predicts will replace the open-plan showcase kitchen. “We’re recommending appliance garages in our upcoming projects, a place to put your espresso maker, juicer, and anything that might clutter the countertop or cause smells, a bit like a mini version of the chef’s kitchen.”

Before it’s here, it’s on the Bloomberg Terminal.

Thinking about building a new home in Northwest Indiana? Check out Precision Homes to view our most popular models.